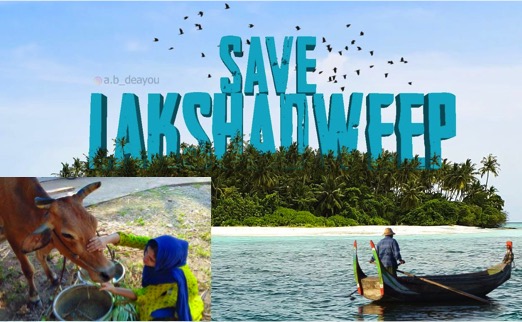 The Lakshadweep administration on Monday tried to justify its decision to close down dairy farms in the islands and informed the Kerala High Court that the administration has to suffer a loss of more than Rs 90 lakhs per year to sustain the dairy farms.

The decision to close down the farms has been taken after a thorough analysis of the functioning of the farms and the heavy loss sustained to the public exchequer. It is a policy decision taken for valid reasons. The Director, Animal husbandry, has submitted a report stating that there are 34 animals on the dairy farm at Kavaratti and a total number of 14 casual labourers are working on the farm. However, the average daily milk production is only 87 litres per day. Only about 150 to 200 persons are being provided milk in limited quantities. The population of the island is more than 10,000. The number of animals on the dairy farm at Minicoy is 34.  There are 16 casual labourers engaged in various works on the farm. The average milk production is only 83 litres per day. The population in Minicoy Island is also more than 10,000.

Refuting allegations over the midday meals scheme, the administration submitted that in Lakshadweep, meat and chicken are normally part of the regular menu in almost all families. On the other hand, consumption of fruits and dry fruits is very less among the islanders. Therefore, the omitting of meat and chicken from the menu of mid-day meals schemes and the inclusion of fruits and dry fruits are perfectly in tune with the objective of the mid-day meal scheme. The inclusion of egg and fish, as well as fruits and dry fruits, is sufficient to provide enough nutrition to the students and all contrary allegations of the petitioner are totally devoid of merits, stated in the affidavit filed through S Manu, standing counsel, Lakshadweep administration.

The Lakshadweep Administration has taken the decision to increase shipping operations from Mangaluru mainly because the port is closer to several islands of Lakshadweep, compared to Beypore. The affidavit was filed in response to a PIL challenging the decision of the administration to close down dairy farms in the islands. It added that the facilities available at Mangaluru were much better than that of Beypore. The operation of ships and barges from Mangaluru would help reduce the time taken for operations to many of the islands and also the expenses.

The affidavit denied the allegation of the petitioner that the ban on liquor had been lifted. In fact, the Lakshadweep Prohibition Regulation provides for granting of licences for the consumption and sale of alcohol. Recently, licences were issued to the Tourism Promotion Society (SPORTS) under the administration to serve liquor in three of its beach resorts in three different islands to non-islanders. This was done for the purpose of catering to the needs of the tourists.

The affidavit further added that the decision to disengage excess casual employees working in various establishments was a step to prevent loss to the public exchequer. No government could afford to keep casual employees and pay them without any work.

In another affidavit filed in response to a writ petition by Lakshadweep MP, Mohammed Faizal PP challenging the draft regulations, the administration said that an effective, meaningful and transparent consultation process was undertaken by the  Administration in the case of all the regulations.

The MP had approached the High Court as part of a campaign against the Lakshadweep Administration. The contentions raised by the petitioners had already been considered and rejected by a Division Bench. The draft regulations were forwarded to the Home Ministry with the suggestions and objections received. The petitioners had approached the court with an intention to undo the initial phase of the regulation-making process, the affidavit added.