5 lakh students to appear in Cow Science exam: Nothing unscientific.. 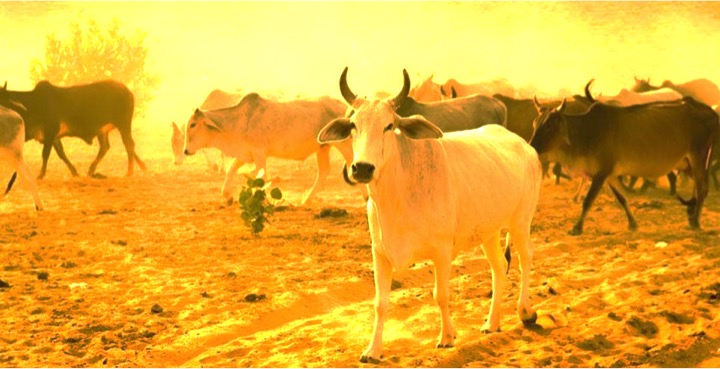 More than 5 lakh people in the country will take an online exam on the “holy cow” on Thursday. The University Grants Commission has written to Vice Chancellors of 900 universitites in the country to encourage the students to write the Central government’s “indigenous cow science” examination.

The brainchild of the Rashtriya Kamdhenu Aayog set up in 2019 under the Central Animal Husbandry ministry, study material on its website says almost what Bengal’s BJP chief Dilip Ghosh had said. That Indian cows have something special in their humps that turn sunshine into gold which gives their milk its yellow colour”.

For the one-hour online examination, the study material shared by the Rashtriya Kamdhenu Aayog says that cow dung is used as a protection against radiations in nuclear centres in India and Russia. It had protected Bhopal residents from the gas leak too. The material also states that Indian cows have a special power to absorb the sun’s energy with the help of the solar pulse situated in their humps. As a result, making Indian cow milk, cow dung, and cow urine nourishing.

Nothing unscientific about it

“Nothing unscientific about it. We want to project its importance of the Indian breed of the cow. So, we are holding this exam”, said Vallabhai Kathiria, Chairman Rashtriya Kamdhenu Ayog. He had announced the exams at a press meet in Delhi on 5th January. On 12 February, UGC had written to universities across the country asking them to promote participation in the “Kamdhenu gau vigyan prachar prasar” exam.

ABVP Vice President of Kolkata, Aditya Das said, “We are very clear in our notion. We will go to the public with our knowledge, information, and the sacredness and economic benefits of the cow. People will decide. Why are the professors are over-reacting?”

Professors and students of the Jadavpur University are stunned by the request of UGC. Jadavpur is one of the 900 universities which have been asked to promote the examination.

No fund for research

Samantak das, A professor of the English departmenthas said “I fear there is a fairly well thought out plan behind this. You are trying to legitimize untruths. I am not even calling them post truths”.

Registration for the exams, to be held in 13 languages, opened on 15 January 2021. The Aayog’s spokesman Pureesh Kumar claim 5 lakh, 10,000 people have enrolled till now. This is the first time such an exam is being held. The Rashtriya Kamdhenu Aayog hopes the numbers of examinees and cows will multiply in the coming years. All participants of the examination will be given appreciation certificates.